The rebuilding French aviation industry of the 1950s needed developments like the SNCASE Baroudeur to overcome various challenges.

The French aviation industry was left in ruins following the events of World War 2 (1939-1945) and quickly looked to establish itself as a premiere world class aircraft maker. The aviation concern of SNCASE was born in the years prior to the war when formed in 1937 and this was through a merger by CAMS, Liore, Potez, Romano, and SPCA to become the «Societe Nationale des Constructions Aeronautiques du Sud-Est» (SNCASE). The firm was based in Toulouse, France and eventually made a name for itself in both aviation and missile circles. After observing the ongoing air war over Korea, led by new fangled jet-powered fighter aircraft, engineers began to offer solutions to ongoing issues such as the long runs required of these aircraft when taking off or landing. One result of this work was the S.E. 5000 «Baroudeur» (Arabic: «Battle»), a unique compact and lightweight single-seat which impressed many during its time aloft.

The Baroudeur’s origin was that of a private venture product by SNCASE led by designer W.J. Jakimiuk, a Polish-born aviation engineer who had spent time with PZL of Poland in the pre-war years and de Havilland of Britain in the post-war years. His approach involved an aircraft that resisted use of an integrated, powered undercarriage arrangement and instead utilized a jettisonable wheeled dolly for take-off. The return trip involved the pilot gliding the aircraft back to the ground by way of skids — the pilot allowed to chose nearly any relatively flat and smooth surface in reach. The thinking behind this radical approach was to provide more flexibility to war planners as they would no longer be restricted by fixed lengths of prepared runway from which to launch attack sorties from (and collect their aircraft in turn).

The airframe design selected for the Baroudeur relied on a highly conventional shape — the fuselage sharply pointed at the nose and smoothly tapering at the rear where there lay a single exhaust ring. The cockpit was held just aft of the nose cone and the wing mainplanes were well-swept, high-mounted appendages along the fuselage sides. The tail unit constituted a single vertical fin with high-mounted tailplanes making up part of the required control scheme. The lack of an integrated undercarriage not only saved on overall weight but allowed more internal fuel to be carried. Dimensions included a length of 13.5 meters, a wingspan of 10 meters, and a height of 3 meters.

Power would be served by a SNECMA «Atar» 101 series turbojet engine supplying 6,600 lb of thrust with aspiration through intakes located at each wingroot. The aircraft would remain subsonic in terms of its base performance but could reach over Mach 1 in a dive. The maximum listed straight line speed was 708 miles per hour.

The wheeled trolley was designed with a three-point stance, the mass of the aircraft supported through two large wheels while the forward mass was held up by a double-wheeled installation. The aircraft was sat upon this trolley for take-off and could «ride up», at least partially, onto the trolley during landing by using its thrust to maneuver about the terrain (taxiing). The aircraft was then pulled onto the trolley the rest of the way by a tow line. The process could take several minutes with a well-trained and determined ground crew. During take-off, the trolley simply rode along its path after detaching from the rising aircraft (the aircraft reaching about 140mph) and the speed of the trolley was retarded by a deployed drag chute which allowed for it to be recovered and reused. Take-off was assisted by rocket boosters (or left unassisted at the expense of a longer «runway» run).

This sort of approach allowed the aircraft to take-off and land on anything from fields, ice, snow, clay, or just about any other obstruction-free surface. Additional resistance was added during landing by way of hooks deployed from the skids to dig into the terrain. Three skids were fitted in all — two under the forward fuselage and the third under the tail section.

Two S.E. 5000 prototypes were constructed with the second featuring provision for in-flight refueling through a nose probe arrangement. The initial model was fitted with an Atar 101C turbojet and saw its first flight recorded on August 1st, 1953. Ventral strakes were added later for additional control support and were soon found to double nicely as additional contact surfaces when landing. Testing was carried on into 1954 with several showings arranged specifically to impress (and convince) French authorities of the value of this new aircraft.

Despite their apprehension, the French government ultimately moved on securing the Baroudeur for possible future serial production when a contract was signed with SNCASE during March of 1954. Three pre-production aircraft were part of the order that also covered the work already completed on the prototypes. In keeping with the established S.E. 5000 designation, the follow-on aircraft were designated as S.E. 5003. The slightly-modified second prototype went airborne for the first time on May 12th, 1954, reaching Mach 1 (in a diving action) in July.

On the whole, the aircraft exhibited good control, speed, and an excellent rate-of-climb. Cracks found in the wings soon grounded the project for the latter part of 1954 but the two prototypes were on full display by the 1955 Paris Air Show where they gave an audience a taste of their capabilities. The first pre-production aircraft followed in July of 1955 and this differed by being fitted with an Atar 101D engine — which increased performance — as well as additional fuel stores (conformal tanks held underwing) for extended range.

The second pre-production aircraft, fourth overall, was set aside for testing various weapons fits (none of which were settled on). The third pre-production model (fifth aircraft overall in the series) was developed to fulfill a NATO requirement for a uniform lightweight fighter to stock the inventories of its European participants. This aircraft first flew in March of 1956 but lost out to the Fiat G.91 from Italy — the Baroudeur proving to be too radical a departure for mainstream use. Critics also commented on its loss of responsiveness at high speeds, its slow roll rate, and elevator sensitivity beyond its rather novel take-off and landing quality.

With the opportunity lost, France’s «skid fighter» saw its work slowed before being eventually stopped for good. The five completed aircraft were cannibalized to make up a sole existing example to be showcased at the Le Bourget Air & Space Museum. 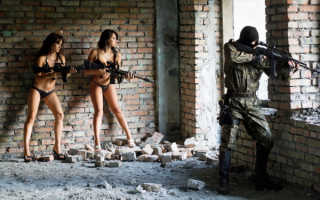 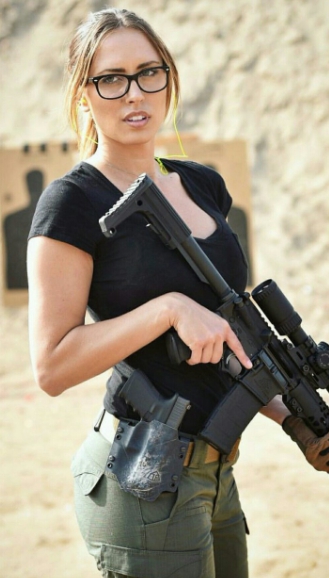 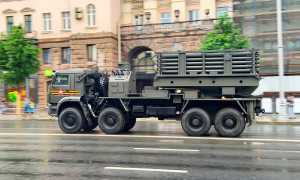